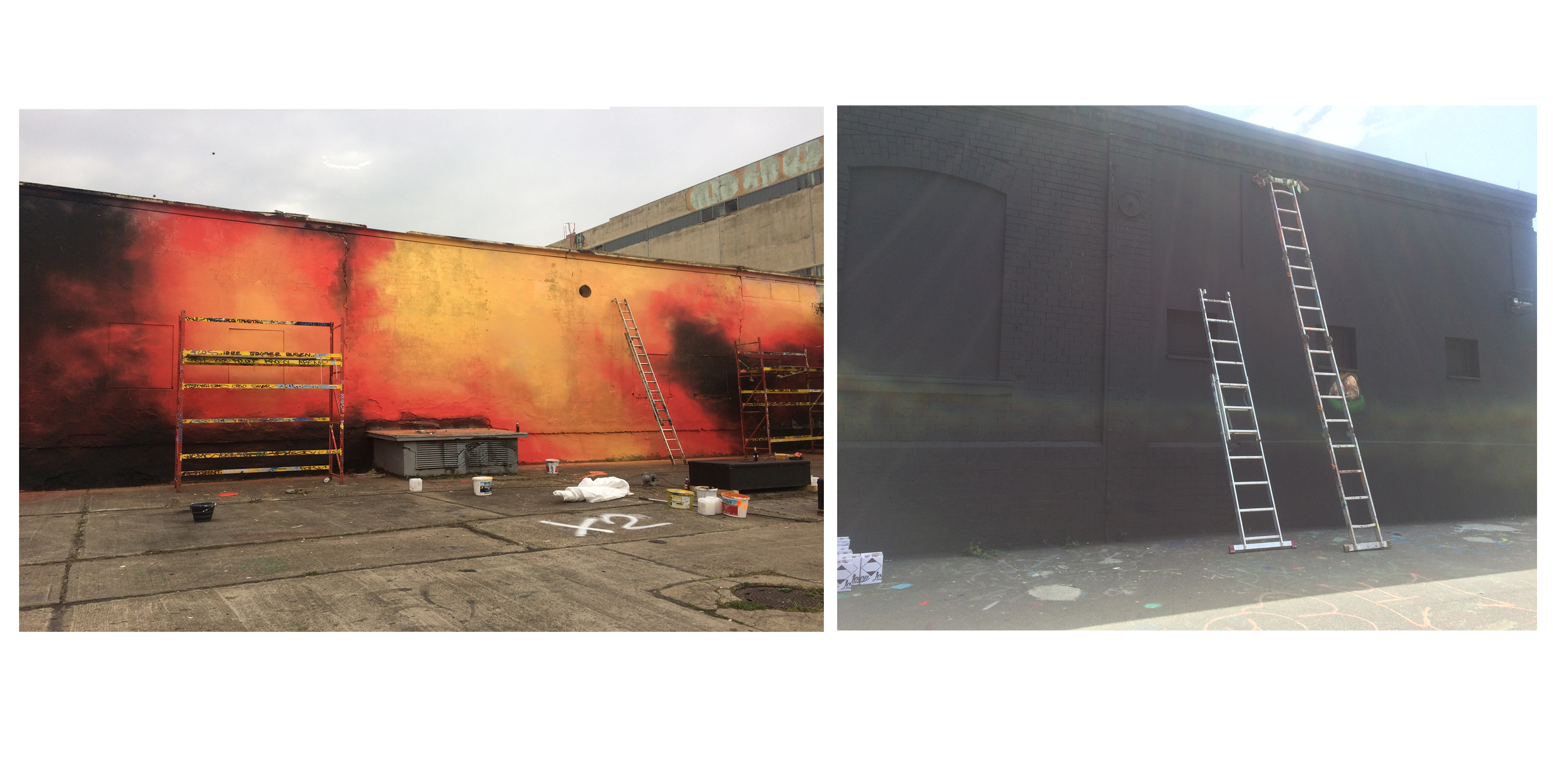 Hello Ladies and Gentleman…(Backroundmusic is playing….Soundtrack from Ä-Team)…here is the ultimate Jam Report. And now in the first round and left corner we start with the legendary Olympics, the one and only „Hip Hop Olympics@ Aerosol Arena in Magdeburg. Its the place to be. A Mekka , a „5Pointz“ in Germany, a Sprayers Paradise! For me it was the first time there and I was really flasht.REALLY! Great Area. Great people. Great Event. And I , I had only a little bit more as one day. In german we call it “ auf zwei Hochzeiten tanzen“ 🙂 Olympics and family meeting 400km away on the Ostsee at the same weekend. Top :-/. My gang, YOUR;RENZO;MIA;TINK…had 4 days. Okay.Start. After a few hours the wall was prepared and our concept was rough. My part was Albert Hofmann on his bicycle trip after the discovery of LSD. I sprayed from Sunrise till Sunfall and make very less  and short breaks. Done. After a very short night I start to the family meeting. At this time the other guys had a lot of party and  take there first lines… 3 days later I come back and see the result. yeah.it´s ok. 3 Charrys 5 styles and a lot of color. hmm. But I think we can make it better. I think for the next time we make a better plan and I stay definetly the whole weekend.  Sorry guys..that I  only for one day support our wall. At the last I give some Propz and Greez to Jens and his team, all the helpers and the artist there. One Love.

And now Round 2. „Better Run Jam“ @Werk 2, Leipzig. 2 days , many writers and one theme „New York“ …  some subways and the statue of liberty was clear that some artist had this idea. But all in all there was more than expected. The wall from ME, AKON and RENZO was more freestyle and the concept was trash.We would show not the  „american Dream“ side of New York. StreetLife in the 70´s. AKON makes a very „fat“ backround and a style and I draw some Charrys. RENZO change his fresh letters in a typical lettering „NEWYORKstyle“ . For the results look into the pictures in the categorie WALLS. And here also Propz to : all the helpers, BETTER RUN SHOP, LOOP Colors, Fritz Kola, Sterni 😉